I recently bought a special offer price tool height setter from Banggood.   On arrival this seemed nicely made and robust and looked like a worthy addition to the armoury.

The Tormach PathPilot control software has facilities for tool height setting using such a probe.   I also have a Wildhorse Innovations probing tool for edge and centre setting.   Both these devices can be connected to the Tormach PCNC440 external input accessories connector which is  a 5 pin 180 degree DIN.

The input to the Tormach accessory socket is a 2 wire connection.   Sensing and operation of external tools like the probe and tool setter depends on the device having a normally closed connection that goes open circuit when activated (i.e. the probe tip moved or the tool setter pushed down).   The probes are in essence a single pole normally closed switch.

After spending time having to keep swapping these two devices in and out of the accessory connector I figured there must be a better way.

The Tormach does not care if you connect multiple probes at the same time provided they are all in series on an electrical loop to and from the two pins on the interface connector.   Any device when activated will break the loop and create an interrupt to the PathPilot software.   Because you will be in the area of PathPilot software that relates to the function you are measuring, the relevant probe will be the one you are intending to use.

What was needed was a simple interface box that allowed the two probes to be connected in electrical series back to the two pins on the DIN connector.   I also wanted flexibility to be able to unplug either of the two probes and not affect the operation of the other.   This meant that on removal of either probe it would need an electrical short circuit across the pins of the connector from which the tool had been removed.

This could be done with a small by-pass switch, that is normally open circuit, connected across the connector.  You would manually close this switch if the probe is removed.

This is fine so long as you remember to activate the switch when you remove the probe otherwise the sensing loop will see an open circuit and the software will get confused. 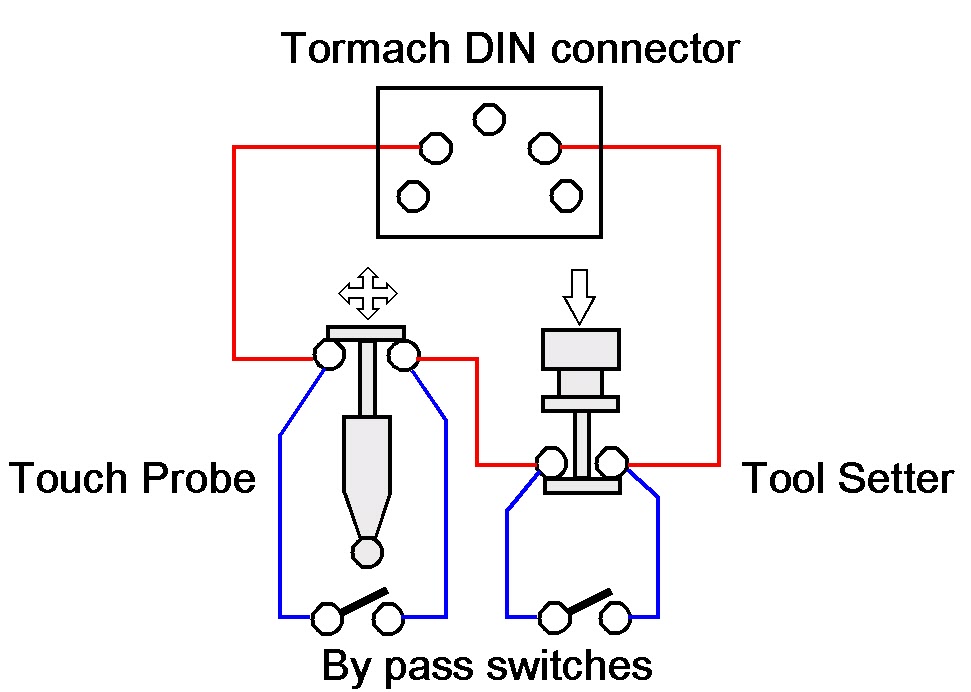 My solution was to use sockets for the connections that would automatically provide a short across their contacts when their mating plug is removed.   A good example is an audio style jack plug socket.   These come in various sizes (2.5mm, 3.5mm, 1/4″ etc).  Usually on these sockets the tip of the connector gets shorted to another contact when there is no mating plug in place.

I had some 3.5mm stereo jack plug and sockets to hand (either mono or stereo can be used as it is only a two wire connection) and these were simple to wire for this application. 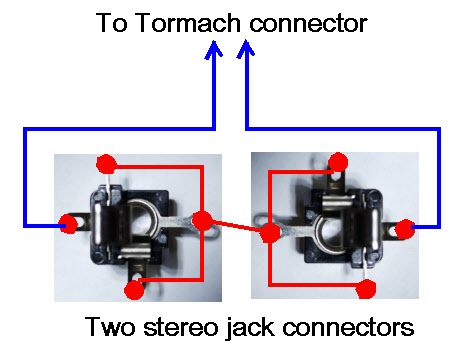 I also ran a modified version of one of my standard 3D printed enclosures to mount them in and fitted a flying lead to a 5 pin DIN to plug into the Tormach interface.   A hot glued magnet onto the bottom of the enclosure allowed flexible mounting of the box somewhere on the Tormach body.  The only fiddly bit was replacing the existing connectors on the two probes with a 3.5mm jack plug.  (Don’t forget to the put the connector shell on the cable before you solder the wires in place ….. ). 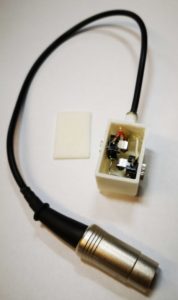 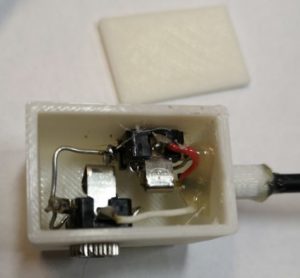 A neat solution and the problem solved.   Both devices plug into the box to perform their various probing functions into PathPilot.  Unplug one of the probes and its mating socket will automatically short out the probe connections when the plug is removed.  The remaining probe plugged into the other socket will continue to function.