It seems that many user of Mach3 CNC control software love the concept but hate how it is presented as a user interface.   I tend to agree as I used to tolerate it on my small CNCEST milling machine.  It is certainly not a patch on Tormach’s PathPilot.

While browsing YouTube I came across Physics Anonymous and enjoyed a rant by them about Mach4 and then the joy of seeing their version of a Mach3 GUI which I have to say was a breath of fresh air improvement.

If you hate your Mach3 GUI then have a look at what they are offering as a free download.   It isn’t totally bug free but an upgrade is promised. 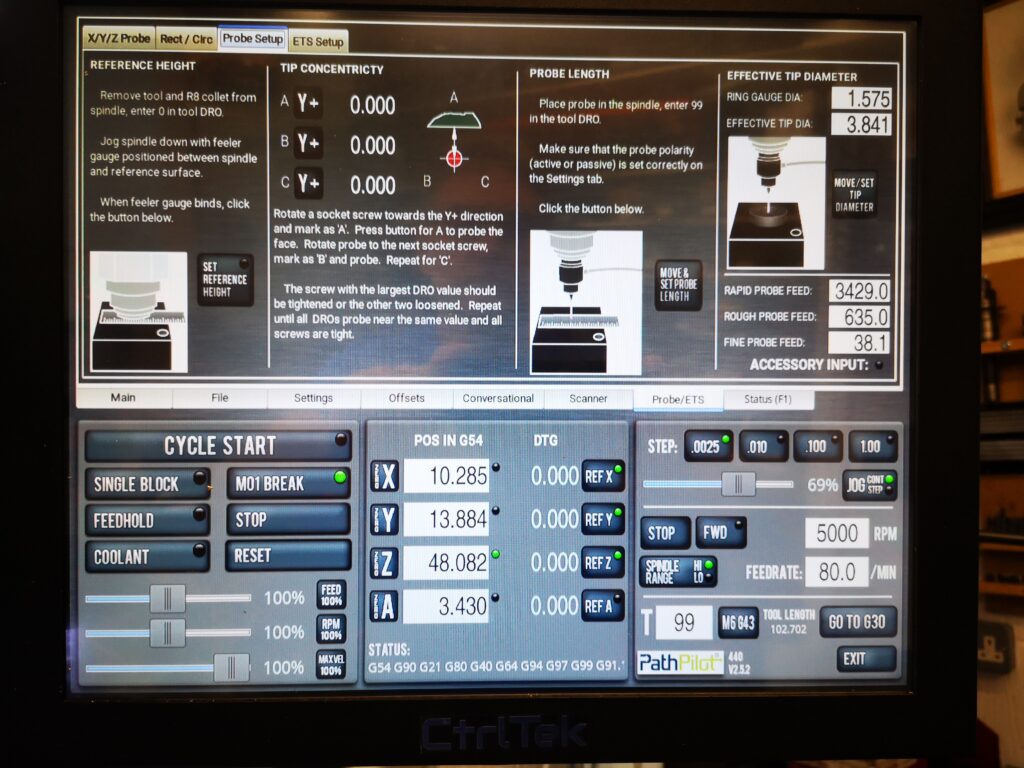 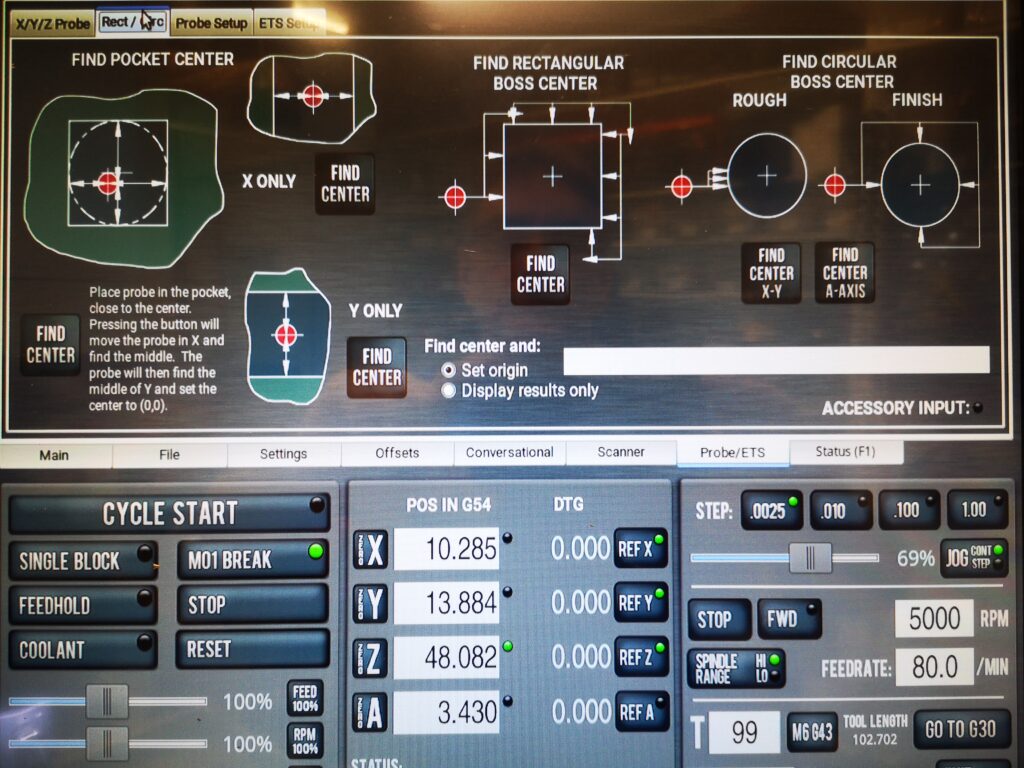 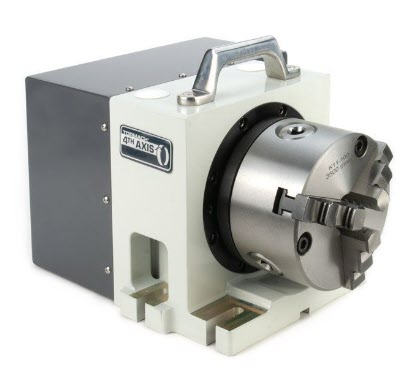 I had been using Hall Effect devices to modify my William Smith Gearless Gravity Arm clock and had been surprised by their ease of use and repeatable trip points.  (More about this to follow in a separate post).

I had also been frustrated with my inability to set tool heights reliably in PathPilot despite using various methods all of which didn’t want to agree with each other.

This resulted in the construction of a Hall Effect based Tool Height Setter that appears to solve the problem.   The write up is lengthy so I have committed it to PDF for download but here are a couple of images to give you an idea of the result. 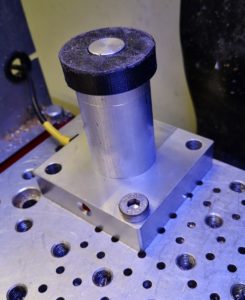