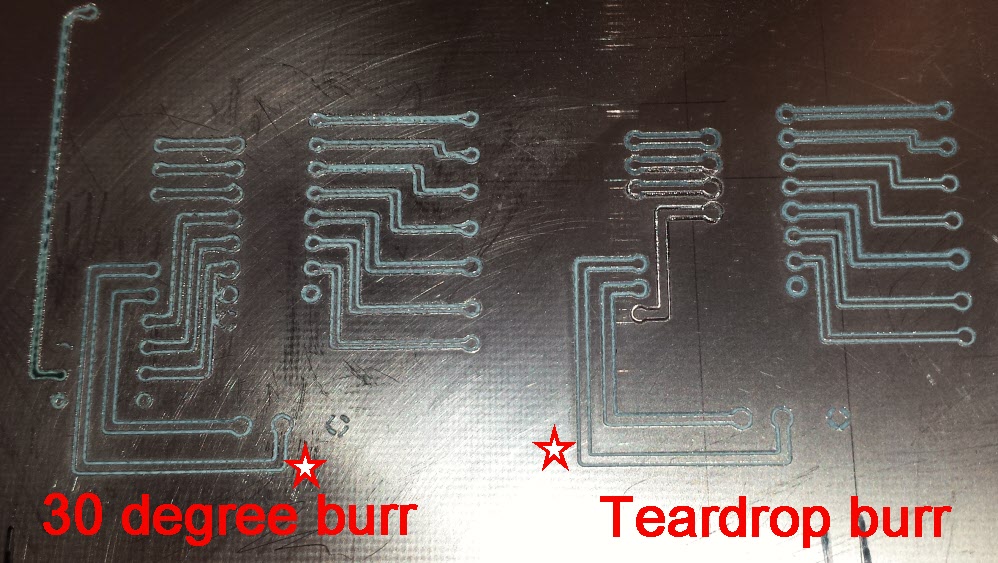 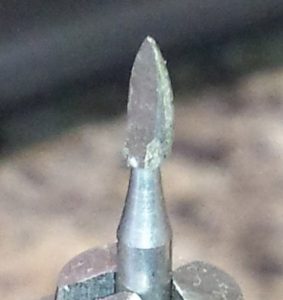 Despite being laid low with flu since New Year I’ve attended two of the evening welding classes much to the contrary advice from my wife.  With hindsight she was right – I should not have gone the first night such was my state of health.

The focus so far has been on MIG welding and I am slowly getting the feel of things.  Too many variables to start with what with power, angle of attack, closeness to the job and of course wire feed rate.

How anyone did welding without the modern auto dimming helmets astonishes me.   They are amazing.

Not much else to report given the state of health but clearly I have now started to creep back into the workshop so health and state of mind must be improving.  Made a note in the diary to get a Flu Jab next year.

Anyway more interesting stuff – my friend has asked if I can mill a prototype printed circuit board on the Tormach for him.   My initial thoughts were to bring the design into Fusion and do the CAM there.   However a conversation with a friend in Namibia lead me to FlatCAM which is a wonderful little program.   It takes the Gerber files from the PCB design package and converts them to GCode.   It is simple to use and produces nice code listings.   It gives you options to add your own GCode initialisation strings.    There are a few YouTube videos out there if you are interested.

More results to report when we have milled some copper.

While struggling to sort out the network folder issue with PathPilot v2 I mentioned that I could ‘see’ the Tormach and ping it.  One of the readers asked how I managed to find the IP address of the Tormach when it was automatically allocated by the server under DHCP ?

OK I am far from Cisco qualified so the next bit is how I see things work.  When a new device is added to the network for the first time you can either allocate a fixed IP address manually or let the server do that for you.  If you are a bit nerdy like me you might prefer to have a nice ordered manual list of all your main devices.   There is a slight danger that with fixed addressing you can drop the ball and allocate the same IP address to two different devices.   This is not good for the network and leads to smoke coming from ears.

DHCP takes the problem away.  Simply plug the new device into the network and it will talk to the server, get a IP address allocated and off you go.

The server keeps a register of which devices are active and generally will leave the IP address it has allocated unchanged between switch on uses.  It is a simple easy way to do things particularly for the non IT user.

To find if a device is live on your network you can send a ping command to the IP address of the device you are looking for.  The device will respond back and you know all is well.

BUT … if the device has been added using DHCP you will have no idea what the precise IP address of the device is.   So how can you ping something that you don’t know ?

There are lots of geeky commands to solve this problem but there is also a wonderful little App call FING.

FING can be loaded on desktops or portable devices.   When you run it up it sniffs the network and gives a listing of all the devices on the network with their associated IP address.   It also lists devices that have been seen on the network but not currently active.  You can tag names to each device and add icons for similar device types. Here is one of its screens

But that is just the start ….. it gives you the MAC address of each device.  MAC address is a unique number embedded in a network device by the manufacturer.   It is in essence a serial number.  The MAC addresses from a manufacturer will be similar looking so you can identify a device source.

On my wifi system I use MAC address filtering as extra security.  When a friend comes round and needs to log onto my network I can immediately see the device trying to get on but being blocked.  I can see the MAC address of his device and add it to my white list.

So back to the story.   I had loaded PathPilot version 2.0.0, enabled DHCP and connected to the network.  Fing immediately saw the Tormach and it was clearly communicating within the network.   This meant the problem was not network related but something in the Tormach not advertising the shared folder properly.

I thought that was going to be a short explanation post and look how long it ended up.   Short story – FING is a great app.

(BTW I have no connection, affilation, financial involvement etc with Fing.  I just like to tell people about what I regard as really useful apps).

It is raining and continues to rain ….. but we have a few jobs to do about the place and plenty of logs for the woodburner.

Being confined in doors has its advantages as it gives an opportunity to write up something for the website. You might find my new page on using Printed Circuit Board as a construction medium of interest.  Click and follow : –

Printed Circuit Board as a Construction Medium