Apologies that it has been quiet on the blog.   We took a couple of weeks down in France.   This coincided with some very hot temperatures (>40C) both in France and at home in the UK.   We had a number of outside jobs to catch up on down there and the only way to get these done was to get up very very early and do what we could before getting back inside to shelter from the sun.

The jobs and the temperature aside it was a good visit with some excellent community meals and celebrations.   We also met and compared notes with a UK couple who also own a second home in the village.

The French are very formal about saying hello, shaking hands etc and do get offended if you don’t indulge, something that Brits abroad don’t always understand.   I saw this on a blog site which sums it up in an amusing way. 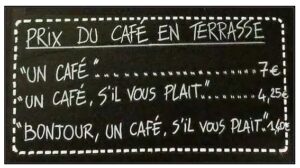 The other reality incident was a close model engineering friend contacted me to say he had had a heart attack but was thankfully recovering in hospital.   Having just notched up my 70th birthday it was a sobering thought.

The other news during our stay in France was John Saunders posted about the loss of his dog Judd who often featured in John’s YouTube posts.   John was clearly quite emotional and I fondly remember Judd from my week long training course at NYC CNC.

Anyway back in the workshop today and trying to remember where I got to on various projects.   I’ve also got a few catch up blog related requests for Fusion files and further help with some of my post content.   It’s only when someone looks at your text with fresh eyes and comments that you realise how badly you described something … Please be patient as I respond to these messages.